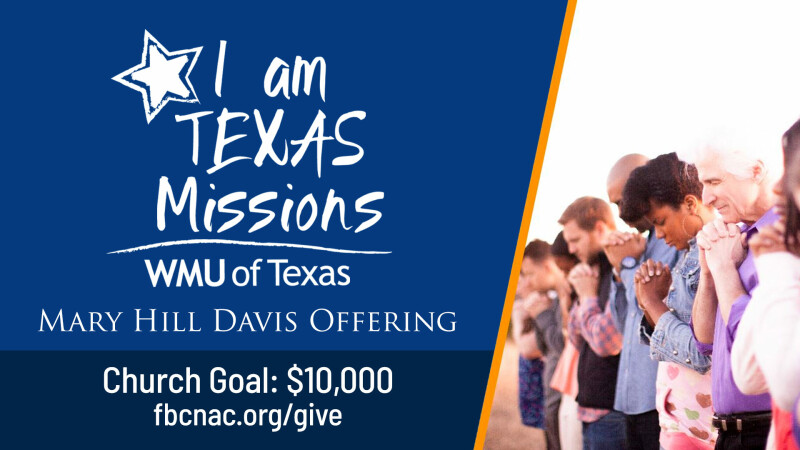 Mary Hill Davis was born in Greenville, Georgia, and came to Texas as a small child in 1870 when her family moved from Tennessee to Dallas. At age 20, she married F.S. Davis, a physician. They had one son, Raymond, also a physician and surgeon.

Mary was president of WMU from 1906 until 1931. Her heart for missions and people was evident in everything she did. Not only did she stir women to give and pray for missions (giving to the cooperative program rose over 1000% during her tenure as president), but to take care of retired pastors (at that time, pastors did not have retirements savings, and many lived in poverty), taking care of orphans, and also giving money to schools all over Texas, as well as China.

She believed Texas was a vast mission field, and that immigrants needed to know Jesus just as much as citizens. Each year, she spurred women to service, giving and prayer, leading to the establishment of State Missions Week in September 1910. Remembering her remarkable leadership, in 1935 the offering for state missions was named the Mary Hill Davis Offering®. Almost 100 years later, her example still inspires Texas Baptists to GIVE, to PRAY, and to GO.

Give to Texas Missions