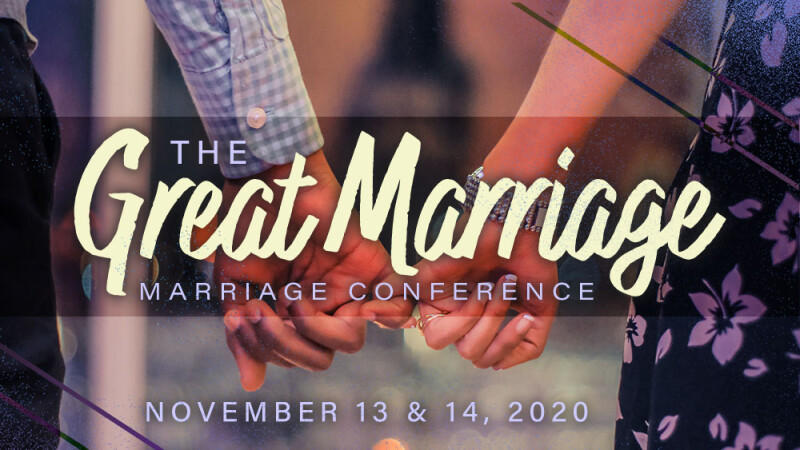 We are thrilled to announce The "Great Marriage" Marriage Conference coming up on November 13th and 14th. This will be a wonderful evening and morning of learning, laughing, and meditating on what God says about marriage with Singer and Speaker Michael O’Brien and his wife Heidi. They will share their powerful story of hope, encouragement, and redemption.

We believe this will be a great encouragement for any couple who want to have a great marriage in a difficult world, no matter your age.

The 19th Century English preacher, Charles Haddon Spurgeon, said it best: “I think you may judge a man’s character by the person whose affections he seeks. … When you observe a man who seeks the affection of those who can do nothing for him, but for whom he must do everything, you know that he is not seeking himself, but that pure benevolence sways his heart.”

When a man finally figures out that success and self-worth does not hinge on the career he’s building or the number of his assets in his possession but on his service and devotion to those most dependent on him, that is the beginning of something extraordinary.

For Michael O’Brien, a much-accomplished 20-year music veteran—perhaps most notably for his 7-year tenure as lead singer of the Christian band Newsong—that revelation changed the trajectory of his life and career. He left Newsong and came home, having been gone more than 225 nights a year for years, to seek the affection of his wife and children again. They reset their priorities, made huge adjustments to the calendar and began focusing on reconnecting spiritually and as a family.

“My true calling began 25 years ago, on March 3, 1989,” he says, of the day he and Heidi married. “It was to love my wife as Christ loved the Church, and lay my life down for her. My gifting has always been music. But now my gifting doesn’t take precedence over my calling. It never should have.”

“It’s such a beautiful thing, how marriage works,” says Michael. “We have learned so much, how hard it is to fight for your marriage and how rewarding it can be when you quit looking at yourself and stick it out. You hear people say how, after years of struggling in their marriage, they love each other even more. It so easy to focus on the negative, but that commitment is worth fighting for.”

Not that his gifts have been languishing. As so often happens when God ushers in season of change and growth, Michael’s true calling and his talent have converged. Two albums—2007’s Something About Us and 2010’s Be Still My Soul—capture the rebirth of romance in their marriage, as well as their renewed sense of hope and healing. Christ’mas, released in 2012, celebrates the sacredness of the season.

Doors of opportunity have opened for Michael to share his music and his and Heidi’s story of restoration. In addition to leading worship at various events, including Extraordinary Women Conferences and Wildfire Men’s Conferences, Michael has launched his own marriage enrichment date nights and weekend events called Tour De Romance.

“It’s so important to have ongoing marriage enrichment in the church,” Michael explains. “We need to care for those who are staying together. There are lots of big churches that offer divorce care, and that’s very important as well, but so many people are desperate for healing in their marriage and need encouragement. Marriage enrichment needs to be a priority.”

Tour De Romance is a night of music and inspiration, a big date night for married couples that need to reconnect with each other and with God. “There’s nothing heavy-handed about it. No teaching per se” says Michael, “but it’s an opportunity to be together, listen to some music that reminds us of what love is really about, remember how we first met, laugh together, break down some walls, share stories of struggle and restoration.”

This impact of this ministry, perhaps more than any God has entrusted him with in 20 years, excites and energizes Michael. “There are so many things I’m passionate about—my wife and our kids and how they love the Lord and how they might use their talents for Him—but I understand that it all falls under the sovereignty of God. He’s been so gracious not only to give us back our marriage and heal so many things that were broken, but also to entrust us to share what he’s done, to speak into the lives of others and to provide for our needs all at the same time. I am so thankful for God’s grace and redemption.”